The Centre for Cognition and Neuroscience

Research in the Centre for Cognition and Neuroscience (CCN) is focused on the development of fundamental theories of cognitive and neural processing and their application to solving pressing human problems. A unifying conviction motivating research in CCN is that nothing drives basic science better than a good applied problem (Newell & Card, 1985) and so while all CCN research seeks to further our understanding of human behaviour at multiple levels of analysis (social, behavioural, cognitive, neural) it is always inspired by the aim to create a positive impact in the real world. Research in the Centre has been supported by grants from the Economic and Social Research Council, the Department of Transport, Ordnance Survey, the Ministry of Defence, FIFA and the International Centre for Sport Studies.

The centre is vibrant and interdisciplinary, containing thirteen academic sta and 29 postgraduate students and researchers, with experts in cognitive and behavioural science, articial intelligence and neuroscience. CCN research comes under ve primary themes:

(i) human and machine face recognition
(ii) mechanisms of reward and addiction,
(iii) cognitive processes of deception and lie detection,
(iv) the neural underpinnings of cognition and emotion in healthy and brain damaged individuals, and
(v) computational modelling of mechanisms and processes underlying learning, decision making and spatial cognition

CCN members share a rigorous, quantitative approach and use a wide variety of cognitive and neuroscientic methods to conduct their research, including behavioural measures and response times, eye-tracking, the electro-physiological methods of electroencephalogram (EEG), event-related potentials (ERP) and transcranial direct current stimulation (tDCS), and mathematical and computational modelling. Researchers in CCN also have extensive and productive links with other researchers and labs worldwide. 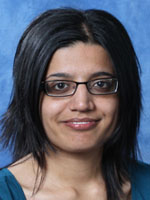 How do we decide who is lying?