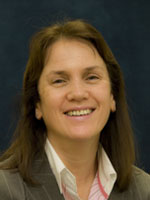 If you made any changes in Pure these will be visible here soon.

Ann is a Senior Lecturer in the School of Law and joined the University of Huddersfield in 1993.

She is a former student of the University of Huddersfield and obtained an upper second class LLB in Business Law with honours in 1984.

She took Solicitors’ Finals at the College of Law in Chester in 1985 and passed all heads at the first attempt.  She was then articled to Mr Thomas Disken at Disken & Co. Solicitors in Dewsbury and qualified as a Solicitor in 1987.  She continued working at Disken & Co. as an Assistant Solicitor, practising mainly in the areas of civil and criminal litigation (but also some family and employment law), until she took up her post at the university.  She was attracted back to work at the university when it became one of the first new institutions to be approved by the Law Society to offer the Legal Practice Course.

Ann was awarded an LLM with Distinction for her dissertation on compromise agreements in employment law in July 2013 and is a member of the Law and Policy Research Stream.

employment law Social Sciences
Your message has successfully been sent.
Your message was not sent due to an error.
If you made any changes in Pure these will be visible here soon.