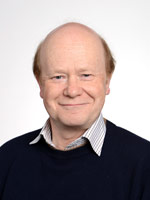 I am a Senior Research Fellow in the Department of Chemical and Biological Sciences. Prior to joining Huddersfield in August 2012 I have, over the last 21 years taught and researched in organic chemistry and held numerous administrative roles at the Universities of Central Lancashire (1991-1998), Hull (1998-2001) and Leeds (2001-2012). My teaching experience ranges widely across the subject and encompasses both fundamental and applied aspects of organic chemistry. I have as a result of my PhD (1987, CNAA) a long-standing research interest in heterocyclic chemistry, in particular the chemistry of benzopyrans and fused-ring derivatives. My research has developed several new methods to synthesise or to functionalise benzopyran-containing ring systems. Work on a wide variety of other heterocycles has also been undertaken. Concomitantly, research on photochromic heterocyclic compounds, in collaboration with industry, has been actively pursued since 1986 and has also produced many ‘firsts’. These include the discovery of the most intense colouring photochromic compounds – i.e. the amino-substituted spirooxazines, the controlled thermal fading of spirooxazines, the discovery of hyperchromic naphthopyrans and, more recently, the first dichroic naphthopyrans.

Work on photochromic compounds has resulted in 16 patents. Molecules developed over the years have now been commercialised world-wide.

Other materials chemistry-based projects, funded, by industry are currently underway.

Inhibition of the photochromic behaviour of a 3,3-diphenyl-3H-pyrano[3,2-f]quinoline ligand by coordination to Ag(I) ions

Synthesis and Photochromism of Some Mono and Bis(Thienyl) Substituted Oxathiine 2,​2-​dioxides

Open Access
Organic compounds
Switches
Photochromism
Logic gates
Electromagnetic waves
Your message has successfully been sent.
Your message was not sent due to an error.
If you made any changes in Pure these will be visible here soon.