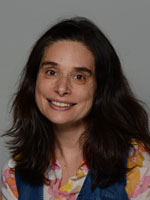 An investigation into how archivists and artists collaborate in bringing a heritage collection or archives to life and create new ways for the public to engage with the heritage of their local area.

Claire Barber joined the University of Huddersfield in 2009 and is currently Senior Lecturer in Textile Practice to support students specializing in a range of textile art and craft subjects.

Since graduating from Fine Art (Tapestry) at the Royal College of Art in 1994, Claire has pursued a peripatetic career exhibiting widely and completing over twenty artist-in residency and commissioning models in the UK and across Europe, Australia, Mexico and Japan.

The investigation of cultural traditions and vocabularies for textiles is a fundamental component of the creative practice using site-responsive methods of research. Incorporating a trans-disciplinary approach to creating in diverse forms including installation, photography, social engagement, collage and inflatable sculpture the artwork is not limited to a production using textile materials alone. Rather, it is Claire's perception of textiles, and weave in particular, that directs how ideas are put together as an integral approach to an enquiry combining elements of industrial and historical studies and clothing design.

Claire has an ongoing interest in working with manufacturing technologies as demonstrated in previous projects in the public realm including You Are the Journey (2006-8) involving the redesign of the front of the Hythe Ferry Ten-Journey Ticket; Mining Couture (2012) exploring the seemingly unrelated realms of fashion and coal mining in Leicestershire and One to Twenty (2012) combining the two dimensions of a fireman’s glove pattern produced at Southcombe Brothers in Yeovil with the four dimensionalities of a bouncy castle. A large-scale commission for Hull City of Culture 2017 presented at Hull Paragon Station called The Train Track and the Basket (2017) commemorates the historical route of transmigration from Eastern Europe to America, and the woven baskets carried by migrants passing through Hull. Woven textiles enabled her to think about patterns of motion overlaid with one another each time someone enters or exits the station building. Recently Claire has been Artist-in-Residence at Bolton Museums as part of the ArtivistGM programme with the aim to join archivists and artists together in bringing heritage collections to life. In this process the consideration of the surface design of the cloth of a handkerchief has enabled her to imaginatively connect back to the individuals who walked to central Manchester on the day of the Peterloo Massacre in 1819.

Claire has demonstrated an ongoing eagerness in developing work in community and participatory settings. Since 2009 she has been involved in a series of Bradford-based projects with the curator and writer June Hill, notably The Sleeping Bag Project (2009-2013) a humanitarian venture that brought new significance to discarded sleeping bags remaining after a music festival in Leeds. More recently Blue Plaques of Intangible Experiences (2019) used cloth to carry experiences of communities in Bradford. Bradford has been described as the archetypal post-industrial city. Tensions exist between different communities within this location; as counterpoint the engagement has drawn out the positives of living in a diverse community and individual perceptions of neighbourliness. Subsequently Claire and June curated the international exhibition Humanitarian Handicrafts (2019) outside the Holocaust Exhibition and Learning Centre on the University of Huddersfield campus which showed powerful statements of creative resilience that embraced both the difficulties and joys of crafting in different places all over the world.

Claire’s exposure to community contexts has led to a number of journal articles, papers, books and conference organisation. For example, the book co-edited with Penny Macbeth Outside: Activating Cloth to Enhance the Way We Live (CSP 2014), explores the complex and multifaceted relationship humans have with cloth, and examines the constantly evolving fields of expression outside traditional gallery, institutional or campus settings.

In 2016 Claire Barber received the degree of Doctor of Philosophy by Publication in recognition of a programme of work entitled Cloth in Action: The Transformative Power of Cloth in Communities.

Mining Textiles: Extracting multi-narrative responses from textiles to rethink a mining past

The Train Track and the Basket: Interpreting transmigration within a site-responsive practice

The Train Track and the Basket