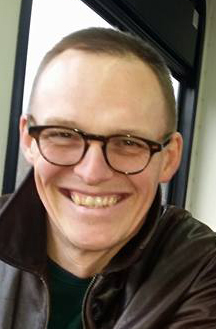 Dr Dale Holmes is an artist researcher and Senior lecturer at the University of Huddersfield. he is module leader for final year modules, strand lead for final year contemporary art and CA&I alongside supervising research at Masters and Doctoral level.

His research is an exploration of the work and precarious biography of Carl Einstein (1885 - 1940) and is situated at the intersections of painting, performance and sculpture with the social, temporal and spatial relations of infrastructure, topographies and 20 th Century art histories. He is currently working on an edited volume titled the Graveside Orations of Carl Einstein for MA Bibliotheque (published in early 2019) and developing a major research project titled The New Aspidistra which explores and expands Carl Einstein's concept of the 'S/O function' - the collapse of the dualism of subject and object - through a range of mediums including long distance endurance cycling.

He has been a practicing artist since 1999 and has exhibited his work nationally and internationally both as Dale Holmes and as part of the collective research project Material Conjectures. He received his PhD from Sheffield Hallam University in 2013 for a body of research titled Abstract Realism: Non-Anthropocentric Strategies for Constructing Non-Relational Artworks. He is a visiting lecturer at the Royal College of Art and has taught at Sheffield Hallam University, Goldsmiths College and Wimbledon School of Art.

The Graveside Orations of Carl Einstein

Ruin in Reverse - City Reach/The Skyline: A Timeline of Events