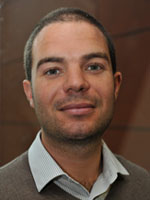 Gareth Downing is a Senior Lecturer in Economics. Before joining the University of Huddersfield, Gareth worked briefly with the Scottish Government within the newly formed fiscal responsibility team looking into issues related to possible future independence. Before deciding to take a career in economics Gareth spent several years working in the field of mental health which he found extremely interesting and rewarding.

The causal relationship between Bitcoin attention and Bitcoin returns: Evidence from the Copula-based Granger causality test

Open Access
consumer surveys
United Arab Emirates
food labeling
cosmetics
United Kingdom
Your message has successfully been sent.
Your message was not sent due to an error.
If you made any changes in Pure these will be visible here soon.