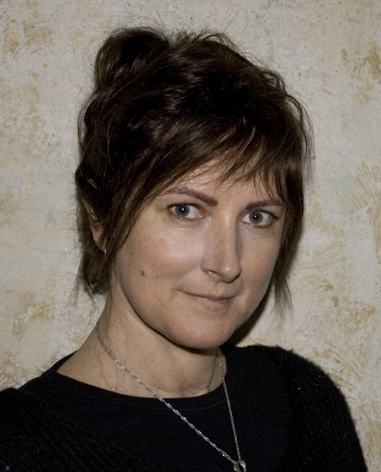 Repetition is ubiquitous across all fields of human endeavour from clinical scientific enquiry to daily routine. It is well contextualised through philosophical consideration from Plato’s mimesis through to postmodern simulacra and beyond. It also has a fundamental position within visual art practice, it may for example be generative, accumulative or definitive of a limit or failure. Repetition is implicitly linked to time, temporality, recurrence and in Nietzschean terms to ‘this moment’. It can disrupt and disperse authorship through transient forms of presentation, (including the viewer) or equally claim its own authorship through procedural systems of production. This practice-based research will consider how repetition may operate through contemporary art practice, either towards its conception, process, presentation or form. The type of visual practice is open to the researcher’s specialism (sculpture, painting, performance, film, photography etc or a combination of). The aim is to classify more clearly the differing modes of repetition as identified through visual art practice and acknowledge the implications this may have for understanding the object of art.

Dr Jill Townsley is currently an ‘Artist Expert’ for the EU Commission, and has a residency at the Joint Research Centre (JRC) in Italy. The JRC is a community of researchers appointed to advise EU policy.  Jill is developing work for the EU funded ‘Resonance III festival’ in October 2019. The theme for the festival is Big Data, she is collaborating with the JRC researcher in computer systems, Carlo Ferigato on a project called FOREVER-DO. This multi-faceted project  utilises research on data visualisation and Petri Net systems and has resulted in a socially relational game the FOREVER-DO sculpture game, which was presented at the Milan Digital Week in March 2019. It is to be built again at the JRC in May 2019. A large-scale installation will be presented at the Resonance III festival at the JRC and travel to a high-profile gallery in Europe in 2020.

Jill was awarded the ‘Juried Press Award’ for work exhibited in the ‘7th International Arte Laguna Prize’ held at the Venice Arsenale, Italy (2013). She was represented by Project 4 Gallery in Washington DC, and has had her work reviewed in the Washington Post, the New York Times, the Independent and the art Journal ‘Artfractures’.

Her work is predominantly large-scale sculpture that explores ideas of repetition. Her practice has expanded to include time-based media, especially time-lapse animation that documents her process or the temporality of her large sculptures. Her exhibitions may also include drawing and photography. She studied Sculpture at the Royal College of Art and has a practice-based PhD in Fine Art from Liverpool University, for which she received a Gladstone Fellowship from the University of Chester.

She has exhibited nationally and internationally, including solo exhibitions at the Project 4 Gallery in Washington DC, USA, The Nunnery Gallery, London, Hadfield University Gallery,  Huddersfield Art Gallery. Her work has also been exhibited in seminal group exhibitions such as ‘Second Lives – Remixing the Ordinary’, (2008 – 09) at the Museum of Art and Design in New York, exhibiting alongside artists including Ai Weiwei, Cornelia Parker and Do Ho Suh. She has had work commissioned by the Towner Gallery for the exhibition ‘Compulsive, Obsessive, Repetitive’ (2011) and by the international architects firm Gensler for the offices of Clifford Chance in Washington DC. Jill has had an essay published in an Arts Council funded book 100 Things Not Worth Repeating: On Repetition (2011) edited by Marianne Holm Hansen and published by Lemon Melon, and conference publications in Brazil and Portugal. She is currently working on a book chapter for a Springer publication.

Repetition embedded within the process of art production

The Digital and The Hand

Open Access
World Wide Web
Artwork
Carbon
Your message has successfully been sent.
Your message was not sent due to an error.
If you made any changes in Pure these will be visible here soon.