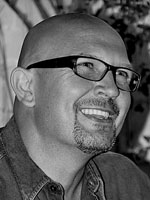 John Freeman is a Fellow of the Royal Society of Arts and the Higher Education Academy, Adjunct Professor in Theatre at the University of Notre Dame, Fremantle, Western Australian and Director of the arts and social inclusion organisation, MotorvateUK.

Freeman has taught at a range of universities including Brunel, Curtin, De Montfort, Falmouth and the Royal Birmingham Conservatoire; he has been Reader, Associate Professor and Professor, Head of Department, Subject Leader, Director of Research, Director of Honours programmes in Arts and Humanities, Deputy Head of School and Faculty Dean.

He has been published extensively in US, Australian and European journals, was the founding editor of Performance Practice and has written and edited six books: his seventh Approaches to Actor Training: International Perspectives will be published in 2019. His 2010 book Blood, Sweat & Theory: Research through practice in performance remains a best-selling title and is on the reading lists of universities worldwide; his 2007 book New Performance/New Writing was updated and substantially revised in 2016. He has contributed book chapters on subjects ranging from Jan Lauwers and Needcompany; Brecht and postmodernism; the stage personas of John Leguizamo; relationships between university training and study; the ethics of performance research; body art, autobiography and autoethnography; and issues of control and consent. He has articles currently in press for 2019 and conference presentations and public lectures pending; he will be chairing a panel on the particular demands of actor training in Australia as part of the 2019 International Festival in Perth.

John’s areas of research include immersive theatre; new writing; the epic and the intimate; solo performance; autoethnography, identity and memory; he is currently exploring a collaborative project with the School of Foreign Studies at Xi’An Jiaotong University in Shanghai. He is a member of the scientific board of the University of Bologna’s book series Antropologia, Teatro e Tradizioni Popolari; Performance Philosophy; the Athens Institute of Education and Research.; ontemporaryperformance.org; and the International Association of University Theatre.

John regularly contributes to the international acting school at Theatre of Changes, Athens; The Sibiu International Theatre Festival; the Koufar Festival, Minsk; and International Association of University Theatre events. He is an experienced PhD supervisor, examiner and university consultant.

Remaking Memory: Autoethnography, Memoir and the Ethics of Self

Programme Development and Advisor for 'Drama and Performance'