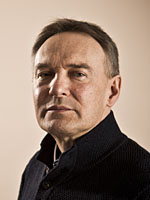 Lauri Koskela joined the University of Huddersfield in October 2014 when he was nominated Professor of Construction and Project Management. Previously he worked at the University of Salford as Professor of Lean, Theory Based Project and Production Management. Prior that he was involved in applied research at VTT Technical Research Centre of Finland.

Since 1991, Lauri has been involved in research on lean construction. His research has focused especially on the theories of production management as well as project management, underlying lean construction. Since 2005, he has researched theory of design. He has promoted the view that design theorizing started already in Antiquity, with the method of analysis (from geometry) and rhetoric as the first models of design by analogy. It is contended by him that these two models still provide a superior understanding on design.

Lauri is a founding and continuously active member of the International Group for Lean Construction.

With more than 12,000 citations according to Google Scholar, Lauri is one of the most cited scholars in construction management and allied fields.

Demonstration, extension and refinement of the re-proposed notion of design abduction

Transition from Engineer-to-Order (EtO) to Assembly-to-Order (AtO) in Civil Infrastructure Projects: An Exploration of the Highways Supply Chain

BIM implementation and Adoption Process for an Architectural Practice

The Limitations of BIM in the Architectural Process