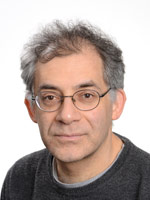 Martin studied genetics at the Universities of Sheffield and Manchester, moving to Oxford University and into archaeogenetic research in 1990. From there, he developed collaborative links with a small group of like-minded colleagues who spearheaded the use of network diagrams in the phylogenetic and phylogeographic analysis of human mitochondrial DNA (mtDNA). This enjoyable collaboration was to yield influential models for the settlement of both Europe and the Pacific, and for prehistoric dispersals in Africa. He subsequently moved to UCL, Huddersfield and then Leeds University, where he taught, amongst other topics, human evolution, molecular evolution and bioinformatics. He finally moved back to Huddersfield to take up a Research Chair in January 2012.

His research in the last decade has particularly sought to apply complete mtDNA genome variation to archaeogenetic questions, such as the route taken by modern humans dispersing out of Africa and the settlement of Southeast Asia and the Pacific – most recently returning his focus to the continuing controversy over the settlement of Europe.

He co-edited Mitochondrial DNA and the Evolution of Homo Sapiens (Springer-Verlag, 2006) with Hans-Jürgen Bandelt and Vincent Macaulay.

ACROSS: Australasian Colonization Research: Origins of Seafaring to Sahul

An Efficient and User-Friendly Implementation of the Founder Analysis Methodology

Maternal relationships within an Iron Age burial at the High Pasture Cave, Isle of Skye, Scotland

On Methodological issues in the Indo-European debate By Michel Danino

Rectifying long-standing misconceptions about the ρ statistic for molecular dating