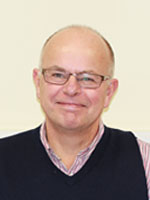 Joined the then Polytechnic of Huddersfield in 1977 as lecturer in Social Work; Senior Lecturer 1981-88, Principal Lecturer 1988-1993. Moved to University of Keele in 1993 to become Professor in Child Care Studies, returning to University of Huddersfield in 1994 as Professor in Child Care. Director of the Centre of Applied Childhood Studies 1994-2006 and Head of Research in the School of Human and Health Sciences 2000-2006. Was the Coordinator for the Social Work Research Assessment Exercise in 1992, 1996 and 2001. Took up NSPCC Professorship at Huddersfield in 2006. Now works on a part-time basis.

Currently Editor in Chief of the open access journal Social Sciences and previously editor of the journal Children and Society (1996-2006). Member of numerous international journal editorial boards including Child Abuse and Neglect: The International Journal and Children and Youth Services Review.

The Politics of Child Protection in England

Nigel Parton (Member of editorial board)

Nigel Parton (Member of editorial board)