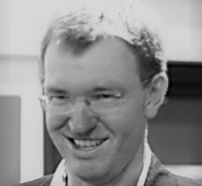 Rob is happy to supervise students in any aspect relating to the history of mental health. He is also interested in projects that explore new directions in this area and might link to his other activities related to impact and public engagement. This could mean projects that focus on co-production, oral or public histories as a complement to, or as opposed to more traditional archival sources. Opportunities for funding can sometimes be found at http://www.heritageconsortium.ac.uk and http://www.necah.ac.uk/

Dr Rob Ellis is a Senior Lecturer who teaches on a range of modules and specialises in the histories of madness and mental health care. Since completing his PhD, he has enjoyed working on a series of research projects as PI as well as teaching history at post-graduate level. He joined the History team in 2009 and has drawn on his research experience in education and the creative industries to develop the synergies between his teaching, research and public engagement. He has worked with service users, health care professionals, museums, and theatre and arts practitioners on a range of impact and engagement activities. During the last REF (2014), his research was included as an Impact Case Study and some sense of the work involved can be found in this open access article. https://mh.bmj.com/content/43/2/92

His current research projects include a monograph on London and its asylums in the period after the passing of the Local Government Act in 1888. The initial research for this has been funded by a grant from the Wellcome Trust. This, and an edited collection, arising out of a conference on the 'Voices of Madness' he co-convened with Dr Sarah Kendall and Dr Steven Taylor, are due to be published by Palgrave Macmillan in 2020. He is also working with Dr Alice Brumby on a study of the Mental Treatment Act of 1930 and he has started a longer-term project with his colleague, Dr Rebecca Gill. This latter project will explore the experience of Belgian refugees' in workhouses and asylums, which will lead to a greater understanding of the history of the refugees' mental health and institutional care. Rob also co-conevened the Faith in Reform workshop (2018) with Dr Rebecca Wynter (University of Birmingham) and Dr Jen Wallis (Imperial), and the three of them organised and delivered a mental health 'impact' strand at the University of Huddersfield's Sound, Vision, Place event in 2017.

Rob has been involved in, and led a number of funding bids and associated activities. He was the main academic lead on the JISC funded History to Herstory project http://historytoherstory.hud.ac.uk/ and he was Principal Investigator (PI) on a successful Collaborative Doctoral Award with the Thackray Medical Museum. He has worked closely with service users and staff at St Anne’s Community Services and Leeds Mencap on their Heritage Lottery Funding Bids and was subsequently awarded AHRC funding as Principal Investigator for the Heritage and Stigma project. As a spin off from this, Rob received funds to develop a collaborative project that included artists from Hoot Arts, service users and students. He has also worked with colleagues from CASIC, including the New Vic Theatre, to bring historical research to life https://www.keele.ac.uk/casic/.

Most recently, he was awarded AHRC funding as PI on the ‘Animating Heritage and Stigma’ project, with his colleague Dr Rob Light a key part of the team. Once again, the main project partner is the New Vic Theatre Company and the collaboration will impact on the work of schools and health care professionals, and include activities in Japan and the United States, as well as the UK. Rob has also been awarded funding from the South West Yorkshire Partnership NHS Foundation Trust and worked there as a Visiting Research Fellow, helping to repurpose the Mental Health Museum for the 21st Century. Rob has also worked closely with staff at Leeds City Museums and this led to the signing of a Memorandum of Understanding with the University. Similarly, he has received funding to produce a permanent exhibition at Brookes Mills in association with colleagues, students and museum professionals. Rob also contributed to an exhibition programme on Outsider Art for the Orleans House Gallery in Twickenham. During his time at Huddersfield, Rob has been successful in a number of funding bids receiving almost a quarter of a million pounds for research and impact.

Rob’s successful PhD supervisions include Alice Brumby (Rate aided Lunatics in the West Riding – AHRC funded) and Michael Young (Lunatic Asylums in India) as Director of Studies, and Duncan Stone (Amateurism and the Cultural Meaning of Cricket) and Sean Reid (Social History of Cricket in Ireland) as second supervisor. Rob’s current post-grad students are working on the History of Remploy (Andy Holroyde – PhD, AHRC funded), Youth movements and disability in the c20th (Grace Chapman - PhD, University of Huddersfield funded), Reclaiming the Histories of the Whitechapel Murders (Charlotte Mallinson - PhD), and Victoria Byrne (Madness and the Law in the North West -PhD). Rob also acts as a second supervisor as part of the Heritage Consortium http://www.heritageconsortium.ac.uk for Andrew McTominey (PhD – AHRC funded) with Dr Shane Ewan of Leeds Beckett University as Director of studies, and Jane Stockdale (PhD – AHRC funded) with Dr Simon Woodward as Director of Studies.

With his colleagues Prof Paul Ward (now at Edge Hill) and Dr Lindsey Dodd, he co-convened the MA in Public History, Oral History and Community Heritage. He worked with David Morris, the Archivist at West Yorkshire History Centre to develop a series of public history activities for post-grads to complement their studies on the programme. Rob has also developed a third year opportunity for students called History in Practice (HiP). This option is the equivalent of a final year dissertation and it allows students to work with partners in the heritage or education sectors to produce a public history output while developing key employability or ‘real world’ skills. The development of these modules has been shaped by Rob’s pedagogic research – details of which can be found in his list of publications. Partners have included The National Coalmining Museum for England, Leeds City Museums, Barnsley Museums, The Thackray Medical Museum, The Tolson Museum, the People’s History Museum, Brookes Mill and local secondary and primary Schools.

Rob has been nominated by students in the categories of Inspirational Teaching and Excellent Student Support. He holds a PGCE and is a Fellow of the Higher Education Academy

Voices in the History of Madness: Patient and Practitioner Perspectives

Heritage and Stigma: Co-Producing and Communicating the Histories of Mental Health and Learning Disabilities

Asylums and Sport: Participation, Isolation and the Role of Cricket in the Treatment of the Insane

‘Without decontextualisation’: the Stanley Royd Museum and the progressive history of mental health care

How town became 'humanitarian capital of the North'