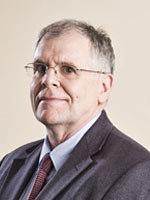 His first degree (1974) was in History which he studied at Aberystwyth. He was subsequently awarded degrees by the University of Bradford (1984), University of Leeds (1988), and University of Huddersfield (1999).

Between 1998 and 2008 Roy was founding chair and subsequently co-convenor of the Learning and Skills Research Network in the Yorkshire and Humberside Region. From 2000-2004 Roy was Director of the University’s Post-Compulsory Education and Training Research Unit and was Co-Director, with Professor James Avis, of its Centre for Research in Post-Compulsory Education from 2004 until 2012. He is a member of the Huddersfield University Centre for Research in Education and Society (HudCRES).

He is a member of the British Educational Research Association and a Principal Fellow of the Higher Education Academy. Roy is a member (2008 to-current) of the editorial board of the Journal of Vocational Education and Training.

Gender, class and school teacher education from the mid-nineteenth century to 1970: Scenes from a town in the North of England

Teacher Education, Evacuation and Community in War-Time Britain: The Women of Avery Hill at Huddersfield 1941-46

Teaching in Lifelong Learning: A Guide to Theory and Practice

Being a Peer-Educator: Perspectives from Young Women Working with Home-Start and Some Reflections on the Role

Working with International Students as Partners