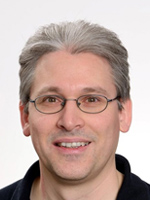 My first degree (First class honours) was in Natural Sciences (Biological) at the University of Cambridge specialising in Biochemistry in my final year with a research project in Jean Thomas' lab (linker histone variants). After this I decided to embark on a PhD after catching the ‘bug’ for research in Cambridge and during a summer research placement in Edinburgh looking at apoptotic cells down the microscope! My PhD (University of Glasgow) focused on the deregulation of RNA polymerase III transcription in cancers and mechanistic studies relating to this. This was followed by my first post-doctoral position at the University of York within the group of Prof Jo Milner during which I identified a novel role for the tumour suppressor p53 in the regulation of global histone modifications.

This was followed by a year’s teaching English as a Foreign Language in a town in Northern Greece before I returned to the UK to resume my scientific career where I became interested in sirtuin biology. After further postdoctoral research positions at the Universities of York and Leeds, I began my independent research career at the Institute of Cancer Therapeutics of the University of Bradford after successfully securing my own external independent research funding for 2 years as a PI.

My research is currently funded by Kidscan and the University of Huddersfield.

Open Access
File
Glioblastoma
Energy Metabolism
Growth
Neoplasms
Heat-Shock Proteins
Your message has successfully been sent.
Your message was not sent due to an error.
If you made any changes in Pure these will be visible here soon.